Pittsburgh’s Duquesne University unveiled a bold, modern new logo and mascot for its athletics teams with the help of ChangeUp, a global branding agency in Dayton, Ohio, in 2019. 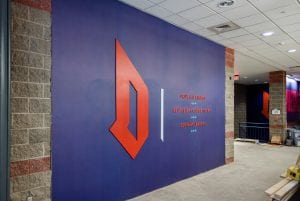 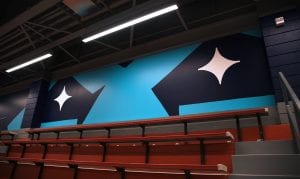 Next up for Duquesne Athletics transformative brand experience: the unveiling of UPMC Cooper Fieldhouse, a renovation project 22 months in the making. 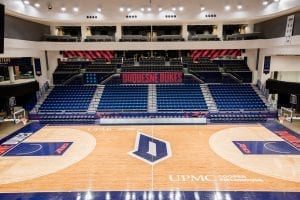 In addition to state-of-the-art technology and facilities, implementing the new logo, mascot, and branding throughout the fieldhouse uniquely and powerfully would be vital to firing up the fans and attracting recruits. 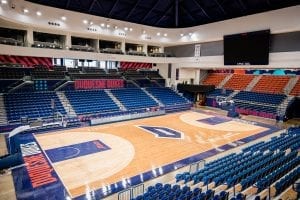 The sheer size of the fieldhouse made value engineering the interior décor elements a necessity. We needed to cover massive arena walls, so we put a lot of consideration into the types of materials we chose. We wanted to incorporate as much texture as possible to create a three-dimensional appearance for the new design elements while still adhering to a strict budget. 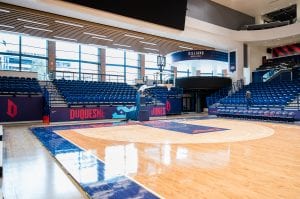 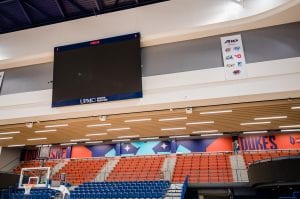 Luckily, there are many creative ways to achieve a designer vision while reigning in costs. Instead of cutting out the lettering on natural wood, we can create the same thickness and look with a wood-look vinyl print mounted to PVC or foamboard. 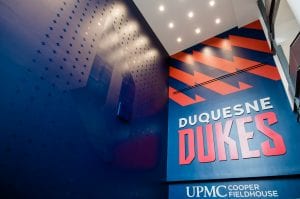 We can also print on thin metal sheeting with plastic standoffs to produce signage with a modern, industrial flair. This process gave the fieldhouse’s signage a metallic look, but without the cost of die-cutting thick metal and without the weight that required additional bracing structures in the walls. 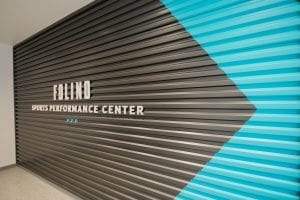 Printing isn’t always the answer, however. The design vision for the fieldhouse also incorporated floor-to-ceiling wall graphics that would have been cost-prohibitive if printed on vinyl or metal. Instead, hand-painted murals offered a viable solution. 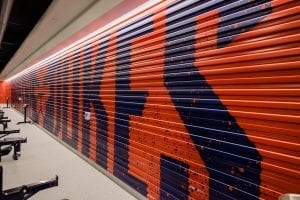 One of the most popular features in the fieldhouse is the 10 x 120-foot-long mural in the Sports Performance Center. After covering the wall with rib corrugated metal, we projected an image of the Duke mascot and the Duquesne Dukes phrase onto the wall. Our artist then hand-painted the image onto the metal, airbrushing it for dramatic effect. 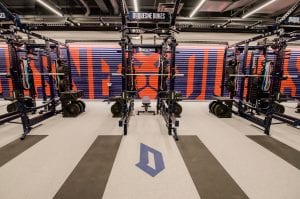 “Out of all the signage manufacturers that bid on this project, CIP Retail had the most flexibility to come up with cost-effective ways to bring our design to life,” said James Bacon, associate design director at ChangeUp. “They were the only vendor that suggested hand-painted murals rather than vinyl. They worked with us to get materials that didn’t need additional bracing, and they were super flexible on-site with the client.” 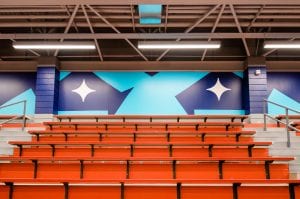 Moving from design to installation is a dance in flexibility on nearly every project, especially when construction coincides with décor installation.

In this case, Duquesne University had the additional pressure of hitting a crucial deadline for unveiling its fieldhouse renovation – a nationally televised men’s basketball game on ESPNU. 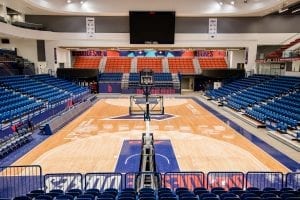 During the project, there were inevitable surprises, such as corrugated metal for the concession stand that arrived in the color red instead of blue. Rather than stripping down the red metal and re-powder coating it, we were able to repurpose the red metal in the weight room. CIP rounded sheets of corrugated metal, painted it Duquesne blue, and ran it horizontally around the concession stand. We wrapped the entire concession stand with this material and provided outside, inside, and top corner pieces to finish off the product and give it a clean look. 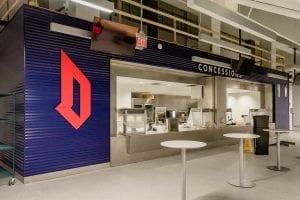 There also were the predictable complexities of coordinating schedules, lead times, turnaround times, and more, with dozens of contractors and technicians working throughout the facility at the same time. Collaboration was key to staying on time and budget. We organized opportunities to use lifts in place for other projects. We worked with the architects to ensure proper studding would exist on the walls where the University wanted signage to hang. 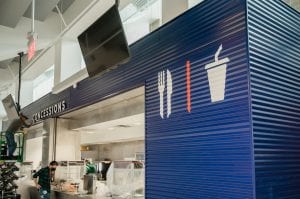 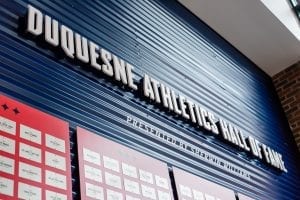 To ensure our installation hit Duquesne’s deadline, we divided the project into Phase I (front of house) and Phase II (back of house). We prioritized installation in the main arena, concourses, and concession areas shown on TV during Phase I. In Phase II, we moved on to installing décor in the locker rooms and athletic offices. 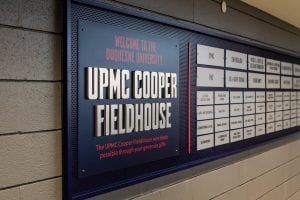 Duquesne’s new UPMC Cooper Fieldhouse made its national television debut on Feb. 2, and response from the fans and Duquesne’s director of athletics, Dave Harper, was highly positive. 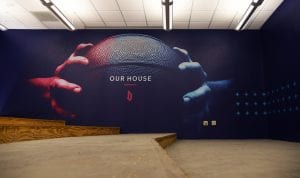 “This is truly a transformation and will better position us for success competitively and academically,” Harper said. “It will be the epicenter of development and growth for our student-athletes. It repositions our brand and our recruiting strategies as well.” 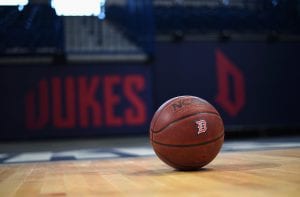 Duquesne University also was chosen to host the NCAA Men’s Basketball Championship First and Second Round games in 2024. 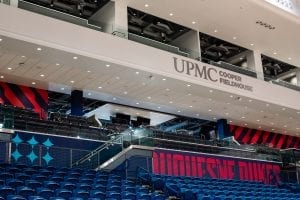 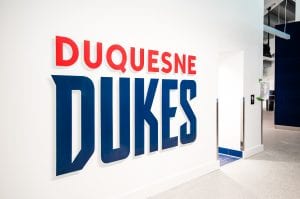 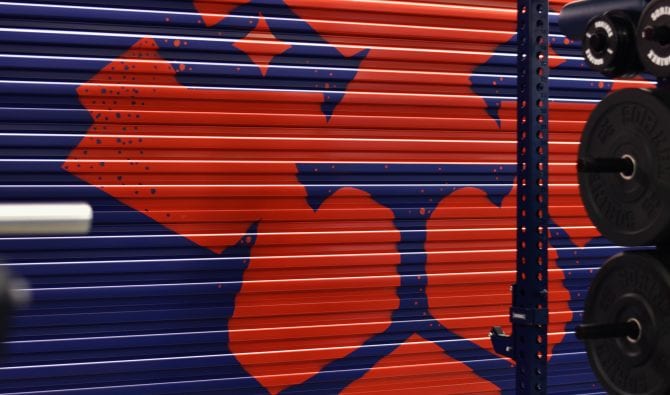